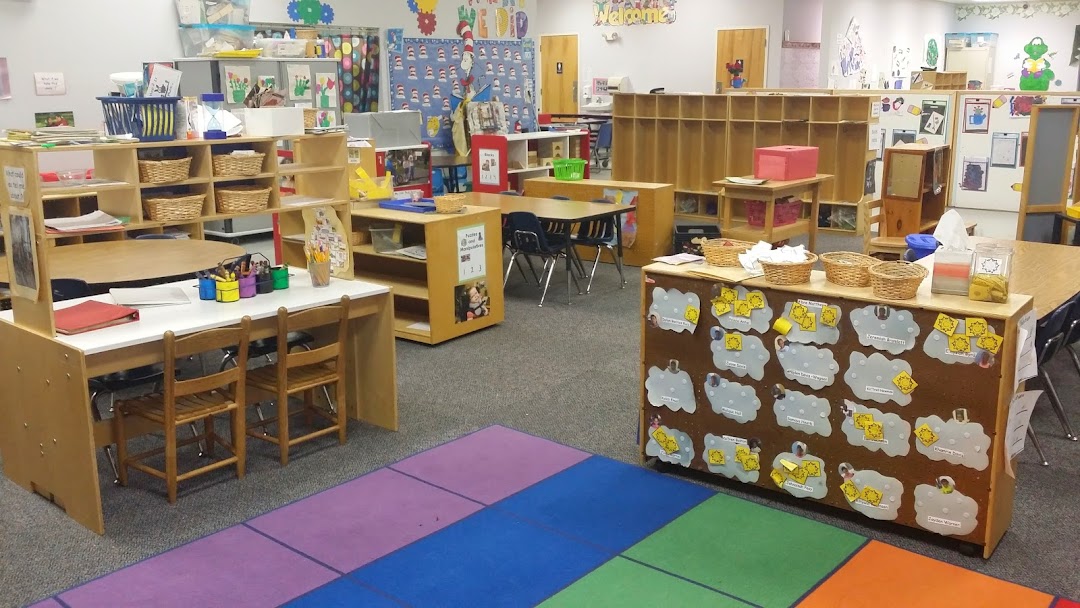 I absolutely loveeee this daycare! The staff is simply amazing! All three of my babies go to this facility ages 2, 3 and 8.. they have been attending for a year now and I have never had to wonder if my children are left in good hands. The staff are a wonderful team of essential workers who have help keep parents above waters during this entire pandemic. The facility is clean and they actually care about the children they care after and for that I’m beyond Grateful! Thank you 😊

I had a friend whose child went there and lets just say the staff is ghetto and they feel like as if they can treat your children any type of way and get away with it. I have definitely witnessed this first hand going to pick the child up from school one day. 0 stars WOULD NOT RECOMMEND.

My experience with this daycare was wonderful. I went here as a child and brought both my children here.I have no complaints. From day one the staff was very informative and so nice. My son changed from a daycare where the environment was horrible and when he got here his behavior changed COMPLETELY! I love the structure the staff have with the kids! I would definitely recommend Mrs.Chris to everyone.

My daughter went here at the age of 6 months til age 1 and she enjoy being dropped off and picked up every day. She played well with all the infant children and the teacher for the infant room was just so lovable to my daughter. I glad my daughter went there I know she was safe at all time..- Wilkinson boulevard

I have worked off and on for this center for years it provides a quality setting and qualified staff that embraces each child as an individual with love and respect. While providing them with opportunities to learn and grow onto well rounded children through play and interacting with their peers. This daycare is just like any other center. It provides whats necessary for a quality educational environment and a staff that loves and respect all.

I love this daycare center, my kids have been attending for regular daycare as well as after we school. The teachers are loving and my children learn so well while been there! Looking for a great daycare this is definitely the one!

I must say this daycare meets all my needs for my son. This is an environment that is safe, fun, and educational! Highly recommend to start your little ones early to build their social skills amongst their peers.

Gabriella and Sophia love going here, they have amazing teachers who take good care of them and they are really nice. I am finally happy we found a good daycare where they like it.

Dis is no place that I would recommend any parent to send their child. The reason I said that is because my kids was been bullied by another child that attended their. The teacher was related to the child that was bullying my kids so she told my kids dis is her blood and you keep your hands off of her blood. So I told director she want to over talk me and tell me that I need to immediate come pick up my disrespectful kids. She didnt care to hear what I say then she say I dont care about you remove your three kids out my daycare. I been here for thirty years you think I need your kids. Only problem with that I have five kids that attended their but she as director didnt know that. So then she say I can bring three kids their but I have find place for my other two to go. I told her I was not able to come that very moment to get my kids cause Im at work. She replied back and say okay we going to play your game. I didnt know going to work to provide for my family that Im playing games. So when my daughter got home she say that the teacher grab her by her hoodie cause her to hit her nose on the floor. When my child was stand by door the teacher open door my child fall down and the teacher say that what you get. After hear dis I immediately call 911 child protective services and also child care resources to have dis investigation. These are the people that I trust and pay take care my kids. Why would anyone want to be cruel to a child who can not defend themselves.

I love this place .My daughter has been attending this establishment since she was 1 years old..Now she will be 5years old soon.(time speaks for itself)This has been a great experience for myself as well as my child. I have been comfortable since day one knowing that my daughter is in great hands .Its not easy being a single parent and being trusting of the care you leave your child in.But I must say this gives me peace of mind knowing that she has grown to love the director , teachers & staff over a period of time.When I drop her off Im at such Peace ..This is more than just a daycare /preschool.Its Relationship building .When a child is growing & developing Its a Must that they are kept in safe hands ..I would recommend Mrs.Chriss to anyone that is seeking Professional Child Care ..Im a very Happy Parent with a Very Happy Child !!

This daycare is by far the worst daycare!!! So today after I spoke with Nadine about how she keeps my child in a chair secluded away from the other kids while she has them in a circle reading to them I get a phone call my child’s care has been terminated. I spoke with Nadine and she was very rude passive aggressive and should not be held accountable for anyone’s child!! She basically told me she could not care for my child because he climbs to much and likes to throw toys... keep in mind he is 1 years old!!! Now this is not the first time we have had words about how my child is treated and to say the least I’m not one to hold my tongue especially when my child is involved and my funds that I work hard for every day. Chris is a devil in disguise also!! the way she speaks to her employees are very distasteful, her tone to to harsh to be around anyone’s child and she does not have the child’s best interests at heart; they are only concerned about funds. I will be reporting this daycare to the bbb; child care resources and to whom ever else to ensure that this pitiful excuse for a child care facility is stripped of their services. This daycare showed me that didn’t care anything about My son when he got sick and was out for almost 2 weeks. He was hospitalized with lesions on his brain and do you think the daycare called to check on him... Nope... Lord knows I tried to stick it out, even after Chris called and told me my child WOULD BE DEAD... Yes u read it correctly, that lady said my child WOULD BE DEAD, if it was left up time answering my phone. Mind u my office is a dead zone for signals so I gave them my mom’s number also, but because I didn’t answer when she called my phn the first Tm my child would have been dead...(she is crazy I tell u)but the Lord; yes God, he had something better fit for my child. Within the same hour of this selfish daycare terminiating my child a God sent daycare called and said they had 1 spot for him!!! So believe me when I say, this daycare is not one to send your child too, yes the teachers are very polite after u get to know them but there are way better places in Charlotte Nc to send your child too!!! I only give them one star bc I had to, God doesn’t like ugly and for my mother to pick my child up and she feel as though his entire demeanor was off, he didn’t smile and seemed as though he was scared to even move out of a chair he was placed in for only God knows how long is unacceptable!!!

Great day-care kids love it my grandkids go there

Could barely hear her over the phone. I was calling for employment. She hung up on me while I was talking to her. Very rude and unprofessional.