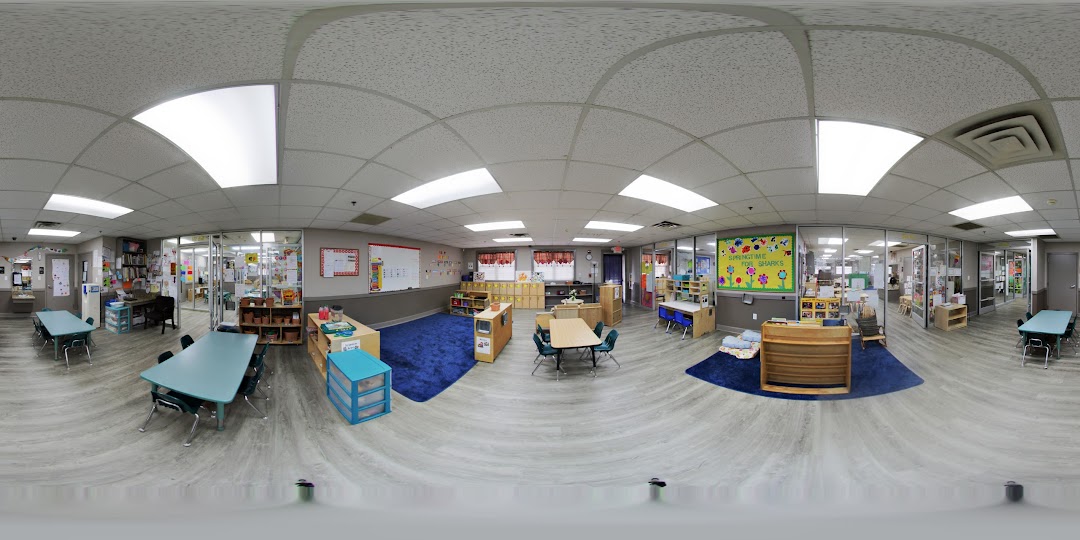 Safety, care, quality, reliability, & communication…these are just some of the qualities folks seek in childcare. Kids-R-Kids (KRK) offers that, and more. Each of my children were with KRK from when they were babies; until the point my son started Kindergarten. The difference with this particular KRK location is that it is run and operated by the same fabulous duo (Kim & Scott) that built and started this location 15+yrs ago! That right there is the difference maker; the dedication and attention to details reverberates throughout all aspects of the school!

My daughters experience at Kids R Kids for the past 4 years, as well as mine as a parent have both been absolutely wonderful! As a parent, I was ALWAYS informed, kept in the loop, and ALWAYS knew my child was in good hands. The office staff is extremely professional, all smiles, and some how knows every kids name :-) ...My daughter loved all of her teachers and always looked forward to sharing with me what she learned... The school itself is clean, neat, organized and modern looking with the BEST holiday decor Ive seen in a school!!! I recommend Kids R Kids (this location) to ALL!

My son had a fantastic time at KRK! The teachers and staff are extremely caring, pick-up and drop-off were streamlined and efficient and the camera system was a great feature. My son had an allergy and the staff did everything they could to alleviate it. We enjoyed his stay here and would highly recommend.

My kids love this place. The staff and personal are caring and attentive. They take such a good care of them and I trust them. Thank you so much for providing the best service.

My 3 babies attended this establishment in early May of 2020. The staff are so welcoming. I love how each time a child arrives the ENTIRE staff comes out and greets the parents and child. They are organized, facility is clean, and so professional. I wish they could have extend their hours but quality is so important! I definitely would recommend this facility to anyone!!!!

Kids R Kids on BEN Craig is the best place I’ve ever sent my kids. I have a 4 year old daughter and my twins are 3. One twin has a couple disabilities. Not once did they ever make me feel as if my child wasn’t welcome. They accommodated him and ensured he was able to walk/run around safely (using his walker or if he didn’t want the walker) so that he could keep up with his peers. My kids also learned a lot there and fell in love with the teachers and staff. We are no longer there because we have now relocated to Florida, but if my family still lived in Charlotte I would keep my kids there until elementary school. I highly recommend KRK to to anyone looking for peace of mind while they’re away from the kiddos and quality education ♥️

We LOVE Kids R Kids. We are so sad to be leaving (only leaving because we bought a new house and are moving out of the area). I have personally toured over 10 daycares in the area and no other centers compare. The staff are all so welcoming! Jen and Brandie at the front desk are amazing! They know all the kids by name, always greet us with a smile and are on top of everything that is going on in the center! Kim and Kristen are also amazing and so sweet. They truly care about every single child at that center and it shows! Kim has gone above any beyond for my family (even helping with the transition on finding a new daycare where we are moving to, to make sure my child gets proper care). My son and daughter both attended Kids R Kids. The teachers are all educated. My kids loved learning Spanish, Rocket Science, field trips, water play and each week they have a fun new topic to learn about! We will miss you guys! You will be so happy if you chose Kids R Kids for your children!

I can’t possibly express my gratitude towards these people. The owners are a blessing on earth and their kindness and professionalism is channeled through that of their staff. Hands down the best environment for any child in every aspect of their needs in the first 5 years of life! This is the first google review I have ever written because I simply couldn’t refrain from lifting these people up. We look forward to the opportunity to come back one day;)

This is our second year and we highly recommend. They have a stable staff with 3 teachers in the classrooms, not high turnover like many other centers. They know families by name, provide additional curriculum such as spanish, rocket science, music, and they address concerns immediately.

I love how excited my son is about all of the different things he learns here. The webcams are also a great bonus since I live in Texas. Great facility and staff.

It was a Disaster !!!!! Looks are definitely deceiving . I would not bring my children here!!! Your child is just another paycheck to them . I was often harassed about payment everyday , but when I brought forward concerns about the staff , and their neglect of how they chose to care for the kids . The owner often argued with me about her staff , and blamed my kids. My son fell of a bike damage his front teeth when I got there to ask them what , the only thing the teachers could tell me was Stuff happen, no Sorry or is there anything we could do . I thankfully took my son to the dentist to make sure he was okay , but I would not bring my kids there . the teachers do not engage the kids ,they talk to the kids like they are adults . My son was often bullied in the school age room , everytime I approached the teacher Victoria about my concerns , she was very rude to me and my son . She would interrupt son when he would tell his side of the story . The owner told me that my son was too sensitive . See picture below. My son was pushed by another child on to the concrete floor , it left such a bad bruise when I confronted the daycare she told me that she should have called child protective services on me since my other child was having rough day . the daycare has access to my work and personal email , and mobile number . I was at work she texted me when my phone was obviously dead , and I had no access to email . I often reached out by my work email if could not reach out by mobile. The owner is very spiteful when you complain on her staff and teachers about their faults . She kicked out of the daycare the same day my son was thrown to the floor at got this bruise , see the picture below .They judge their kids and parents, and only care about certain kids not all the kids !!!

Great child care facility. They have live webcam access to watch your kid during the day. The webcam access is only available to parents at request. The teachers are great and my 5 year old learned a lot during his pre-school year. Special thanks to his teachers Ms. Devon and Ms. Darlene. Directors Ms. Kris and Ms. Jen were also very cordial and would arrange and accommodate for your child. Clean environment and great staff.

Very good pre-school. My daughter has learned a lot on the 7 months she attended it. Kim is a great principal and runs the school very well. I just felt there was a high turnover on my daughters classroom on the last 3 months. She had 3~4 teachers coming and leaving quickly. Also there are a couple of teachers who doesnt seem to be really into taking care of the kids, but some others who dedicate themselves very well to the job.They have an option to watch the kids over the internet which is great ! Most centers dont do this because of privacy concerns, however it means a lot for us immigrants who the families are overseas and can see their grand kids in a daily basis.

We are extremely pleased with the quality of care our toddler is receiving at Kids R Kids. The teachers genuinely care about the babies and do everything they can to accomodate special needs (food, allergies, reflux, etc...). They are very pricey but it is worth it, I am confident my child is in good hands while she is there and we can view her classroom on the web.

All this place cares about Is your money..DO NOT SEND YOU KIDS THERE. THEY FORGET KIDS IN VANS, ARE ALWAYS TRYING TO GET YOU TO PAY MORE MONEY.FOR 880 A MONTH THEIR CRAZY