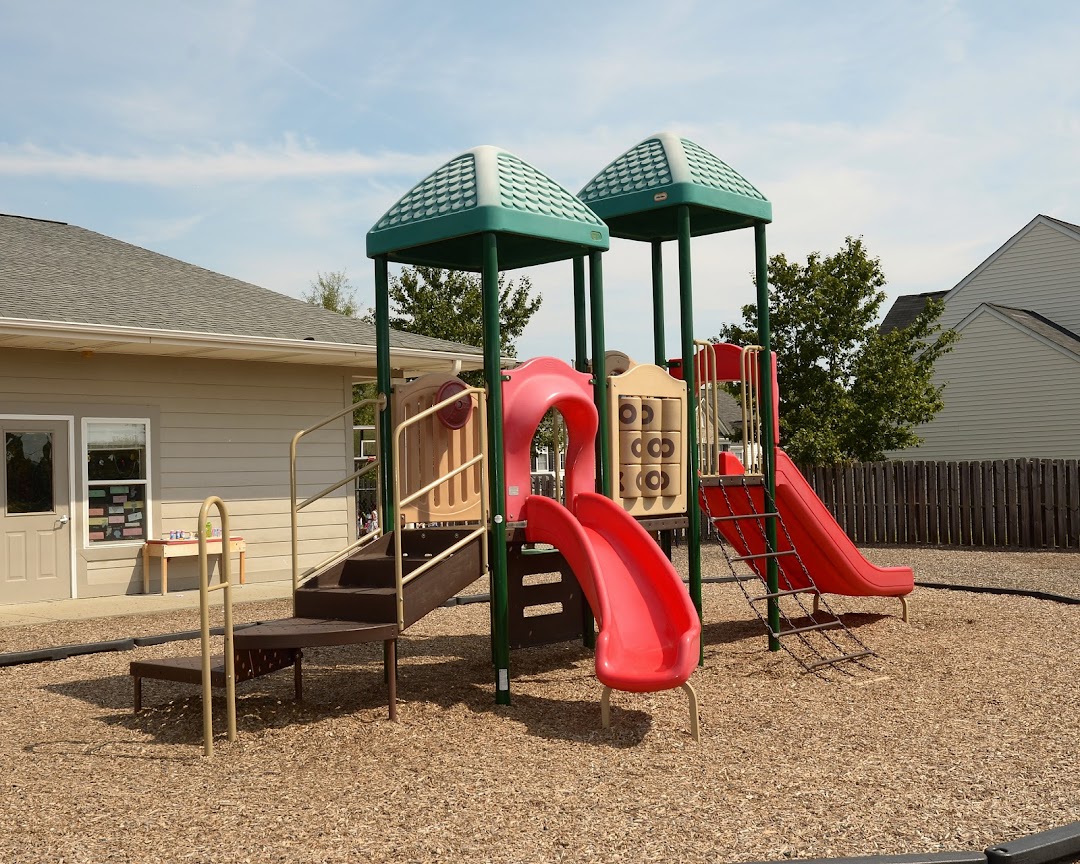 I love Tutor Time. I love the leadership in Ms. Turina and I love all the ladies that work each day to make sure my daughter is learning, thriving and feels loved. My daughter is bummed each Saturday because she wants to go to school. Best decision to send my daughter here. I feel each day I drop her off, she is going to visit her Aunties. I couldnt ask for a more seasoned and loving care givers. Love them!

Im not a big fan of day cares I would always be spectacul enrolling my daughter into one due to stories & situations ! But I have to say Tutor Time in steel creek area has been the greatest decision ever to enroll my daughter! Shes been attending here for a year now ! The staff is amazing , theyre so sweet & the school structure is amazing totally worth it !

We absolutely love this place. My daughter is almost 3 and shes been attending this daycare since she was 6 months old. When youre looking for childcare all any parent wants is to find someone who will nurture and protect their child. I believe the people at this daycare really do love our child. From the management team to each teacher she has had, everyone we have encountered truly cares about my child and her development. As a working parent, you absolutely cannot put a price on that peace of mind. Id recommend this daycare center to anyone looking for a safe, nurturing, and loving place for their little one. Trust me, you will not be disappointed.

After visiting many child care facilities, I walked in Tutor Time Steele Creek and immediately knew it was the right place for our daughter. That was over a year ago. I am more and more satisfied with this facility each time I enter the building. All of the teachers are knowledgable and actually teach the curriculum with fidelity. I can tell they love my daughter and know that safety is their number one priority. As an educator myself, I feel as though we definitely made the right choice with this facility.

This place was family for us. They are absolutely the best. Unfortunately, we moved and had to change. They really set the bar high for other centers because we have not found one yet at our new home that measures to the care my kids received here. Our oldest daughter attended here for 6 years and our youngest two were here for 9 months. The same women that cared for my older daughter when she was little, also cared for my younger two kids. The turnover here is extremely minimum, that alone speaks volumes. They work together and communicate; they make an up an awesome team. I am definitely a hellicopter mom and will question everything, not once did they ever loose patience with me. I never felt uneasy about leaving my kids here. These women will love your babies like they are their own....you dont get this at many places. They definitely arent just there for a paycheck or a job, they are 100% there for the kids and families. Turina and Jessica do an overtop the job running this place. The ladies here are a great team. You really dont realize how special they are until you are somewhere else that doesnt even compare. You just wont find this level of care anywhere else. This place is very special and the ladies that work here put forth so much effort to make it that way. We love all of them and they are missed dearly!

My son has been to 3 different daycares. This is by far the best one. The teachers are so caring (a few personal favorites are Ms.Pam, Ms.Doreen, Ms.Deborah, and Ms.Linda). I love it that typically 1 out of 2 of my sons teachers speak Spanish. My son learns so much. I had not practiced his months of the year with him yet and he came back home reciting them. Every week they give me an assignment sheet for his homework and daily updates throughout the day on the app of what he’s doing. Ms.Turina and Ms.Jessica are always present and visible when I pick up and drop my child off. There are other daycares that are more convenient to me but I still go to this one. It makes a difference when you can tell that the teachers love what they do. They have been very consistent with keeping th same staff which says a lot about the leadership at this location. I love this place! -Sage’s Mommy

I have never been a fan of daycares and I never wanted to put my children in one, until I inquired about Tutor Time on Erwin Rd. I have never met more genuinely loving and caring providers. I am so happy I decided to place my youngest of my four children in their care. Ms. Vicki & Ms. Deborah and Ms. Amber and Ms. Turina and Ms. Jessica, thankyou for helping me take care of my son. He truly loves each one of you and so do I. Thankyou for loving my baby

Im not going to get into a long winded explination, but what I will do is bullet the issues we had:1. Dad came to pick our daughter up for the first time after never having met anyone on site was let in the front door, walked to her room, picked her up, waved at the teachers, and walked out without anyone asking who he was and what his relationship was with my daughter. He couldve been a total stranger who walked in and walked away with the first child that happened to approach him.2. On multiple occasions she was hurt on the playground and in the room with a scabbed lip and extremely bruised legs. Only one signed incident was reported to me.3. On multiple occasions Dad would pick up the child and there were more than the allotted amount of child v. caretaker in the room. Only one caretaker and there would be 7 or 8 children.4. Last straw was when Dad picked her up one day and she had 2 horrible bite bruises on her arms. The teacher told us that a child saw the toy she was playing with and wanted it. He bit her and after the teacher separated them she gave the toy to the biter and gave my daughter a ball. A few minutes later the boy spotted the ball and wanted it. He went up to her AGAIN and bit her other arm. Only then was the toy taken away from everyone. Its been 3 weeks and I can still see a faint bruise on both arms.The administration was kind enough, and the teachers seemed knowledgeable about the content they tried teaching, but the safety of my child comes first so for that reason I would not recommend this facility to anyone.