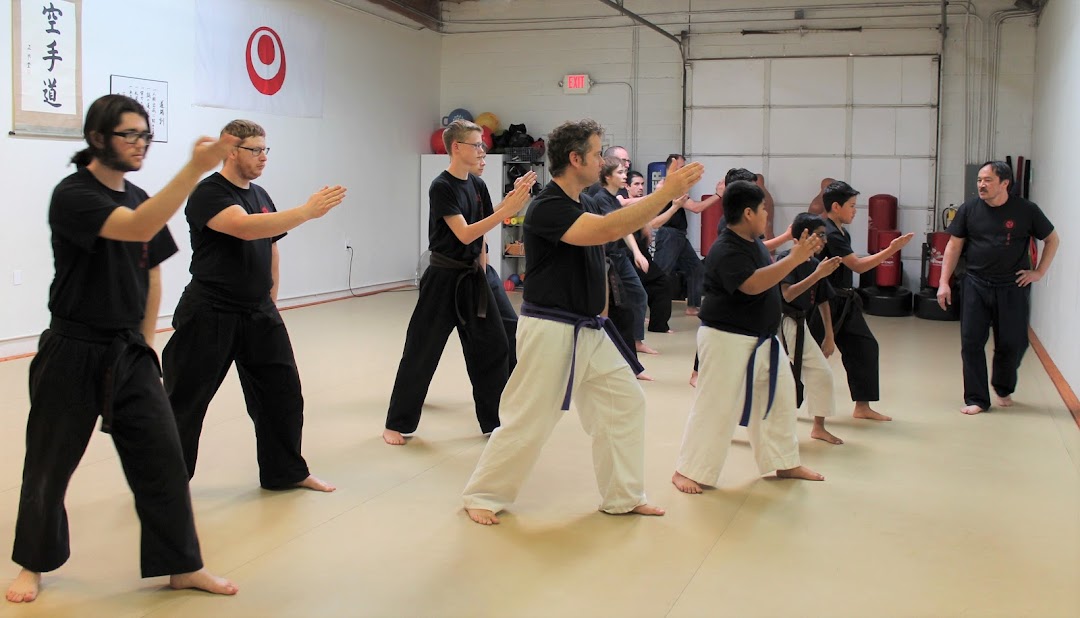 East valley martial arts is best experience anyone planning on doing martial arts can hope for. The instructors are incredible and its very family focused. You will never have a better experience then the own you will receive here

This school is fantastic. The teachers are really dedicated, compassionate and understanding of peoples needs. They also organize lots of fun events to build connections and form an excellent support group. Recommended!!

Jenifer teaches and lives by her dojos values. She is seriously focused on becoming a positive influence on her students, whether young or older. She strives to especially inspire youthful members to become more aware of their own self-care abilities, in order to lead the life they dare to dream, and can aspire to, by applying the dojos values and teachings in their lives.

Amazing people, Amazing learning experience! I love it there and dont plan on leaving!

It was quite interesting reading the review of the person that added religion into the description of the school. My son trained there probably 15 years ago owned by another person as the current owners were training and achieved their black belts. All I can say about them was is that they were genuinely nice people and I did not get that feeling whatsoever. But that was a long time ago. My son.was Taught by another gentleman that was the owner at the time. We had some differences due to what seem to be some hypocrisies. That is why only the two stars. I don’t know now where it stands now. Actually I’m going to rate the it to three stars because I don’t want the current owners to be brought down but I don’t know their teaching ethics enough to give them more stars. The previous owner was very knowledgeable at the art and I had no problem with his ability to apply that Martial Arts but we moved on to a couple of different where my son and I trained and we were involved in Tournaments throughout the south west and both of us did very well. I’m writing this review just to tell of our experience as at a time a few years back I was told they original owner was still part owner and when I noticed the school on the internet it brought back memories. I really hope that it’s a five star school now because I respect the current owners and because of my lack of knowledge on how they run the school I didn’t want to go extreme one way or the other. If I were asked I’d recommend to give it a try. But The school where my son attended and received his black belt and I got up to brown belt were more sparring and fight oriented, in a controlled manner, with tournaments throughout the state and Nevada and California and not just within their own dojo. The only way One can truly gauge yourself amongst others at their own level is to compete against others. And it’s best to stay humble. I did say my son and I did very well but I didn’t want to go to any further because I was teetering on bragging. I’ll just leave it at that. we did well under The school which taught a totally different style of martial arts and his style worked better for us. Anybody looking to put their kid in a karate school need to research the subject look around and ask questions and find out whether it’s “ belt” factory that is just doing in true tournaments Strictly at their schools and handing out belts at an out rages cost. a genuine karate studio is are more interested in their students then getting rich. Of course a business person needs to make money but not by taking advantage of children or naïve parents. And that’s kind of what started the bad taste in our mouth at the school that this review is about. And I’m going to end saying that I don’t believe the current owners of East Valley Martial Arts are that way at all, at least the last time I knew them.

The art is traditional, the technique is effective, and the people are real. The atmosphere and the people are inviting and it shows - there are 6 year olds and 60 year olds on the floor at the same time some nights! Self defense, weaponry, and character are all apart of the training. Theres no one single reason Ive been a student here for over 13 years, but rather many that in total make EVMA such a great experience... Bushido!!

This is a Dojo that respects and practices traditional values. The highly trained instructors provide well disciplined and consistent training in a family oriented environment which enables a strongly structured learning experience.

I used to train at this dojo.I LOVED training there so it is especially heartbreaking for me to give this review.I had hard times and good times. I was ALWAYS honest and followed the guiding principals to their core. My actions and behavior earned me an invitation to the black belt club after a hard worked for purple belt from 2 years of blood, sweat, and tears.I needed to take time off for physical issues for about 2 months the early part of this year.When I returned I was asked to re-pay a registration fee of 75$ and a month of training ( 120$). I paid this fee.Before I took my break from training I informed my head instructors that I had become involved in a religion ( although not a member of the religion at the time) so they could ask questions and hopefully understand that I do not follow a theistic religious belief.When I came back and after I paid the re-reg fee everything was totally fine ( from my prospective since I was thought the same and treated the same as I had been before). My instructors then attended a summer camp and apparently had a discussion with the head of the organization or with other members to read more into the religion I was affiliated with at that time.When my instructors returned and the next day was my class. I was asked to speak privately with Jenifer Gauger ( one of my head instructors and the ONE person I had ALWAYS been honest and open with as though she was a true confidant).She sat down and proceeded to explain to me her and her husbands infuriating understanding about the religion I was ( at the time) not a member of but affiliated by family.Let me note here that the religion ( I choose to not name as this is not really anyones biz) is an atheistic, Itheistic region sometimes referred to as a type of pagan type religion, NOT violent or racist etc...I was told with the most furious looks ( witch hurt me and cut my heart in pieces) that I would NOT get my re-registration $ back but that I could train at the dojo and continue to pay the SAME monthly fee as everyone else but that I would NOT be thought like the other students. I was told I am not kicking you out but I can no longer teach you self defense and you will not be allowed to advance in rank or knowledge. I quote her words exactly as I was told.I left in absolute tears and with my heart broken like a sledge hammer.I asked for my re-registration fee to be re-funded and was refused.I begged her to look and judge me by my character, my personal history ( I am 44 years old), my behavior as an individual on and off the mat but I was still told that I was not wanted nor would I be treated as every other student.I am not telling this ordeal as a review for revenge or retribution but closer I suppose.When I signed up 2 and 1/2 years ago I was NOT asked my religious persuasion or given a paper saying that if I was involved with or exploring my spirituality that I would be told that I would be treated differently from the other students.I want others to know that it can happen. A place of business can discriminate you due to your affiliation with or exploration of a religion that they do not understand or care to. If they do not like it they can turn on you no matter how good a person you ACTUALLY are.I hold myself to my honor of my character, and I know I did nothing but be the best person I could have been. I would have never expected this in a million years, especially here in America.I just should not have been so honest to my instructors I guess.

Amazing Dojo, great instruction, great atmosphere for all ages. Spend an hour with anyone from this dojo and you will not want to leave.